Bringing experience and energy to your Photo Shoot or Film/Television set! 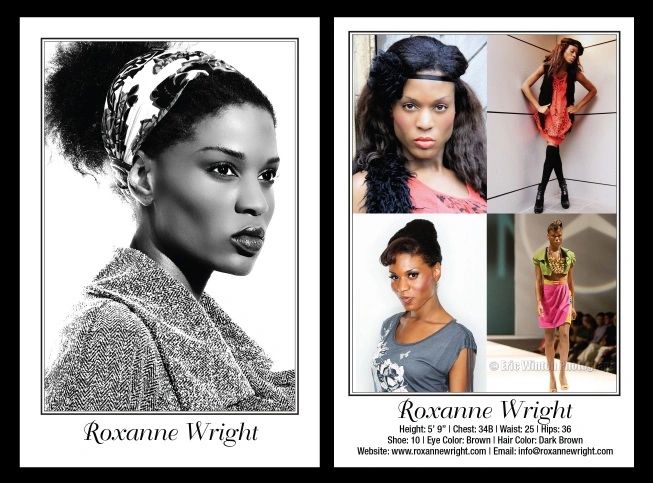 An Experienced Model And Actress

Roxanne Wright was born in Scarborough, Ontario. Being a tall and athletic girl, Roxanne is a model and actress who has a flare for fashion, making it into the fashion world. Since then she has appeared in numerous fashion shows, film and television shows and print. Her most notable fashion show has been Africa Fashion Week New York, where she walked for project runway designer Korto Momolu. She has walked Toronto Fashion Week for designer Baby Steinberg and Vata Brazil. Roxanne has made headlines at all shows she has walked for. Roxanne has a gift for fashion, acting and art.

In addition to her runway appearances and accomplishments Roxanne had a feature in Black Hair Magazine and AMOI magazine, as well as novel covers. Roxanne has been on ET Canada were she lights up the camera with her grace and smile. In 2009, Roxanne had her first big television appearance on the reality television show Re-Vamped, where she had to work on building courage and empowerment within herself through challenges with other women. Roxanne has an extensive resume and has fans who look to her as a role model. Roxanne completed a college diploma and university degree while modelling and acting!